Summary of Main Changes of CDM Regulations 2015← Back

There have been some recent changes to the CDM Regulations which will affect construction businesses and those in related roles.

PRINCIPAL DESIGNERS
The new Principal Designer role will replace that of the existing CDM Co-Ordinator position. The Principal Designer is expected to be a client appointment from within the design team eg Architectural Engineer, Structural Engineer or Services Engineer. There are a number of responsibilities that they will have including
- Eliminating or controlling risk throughout the design phase 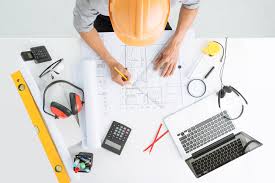 REMOVAL OF THE DOMESTIC CLIENT EXEMPTION
Under the current CDM 2007, domestic clients have no responsibilities. As this breaks the EU Directive, the HSE is proposing to remove the exemption which has led to concerns over small contractors being subject to new complex regulations which they will need to learn in a short space of time. The HSE has recognised that the change needs to be proportionate and so have recommended that duties placed on domestic clients are taken on by the Principle Contractor.

REPLACEMENT OF THE APPROVED CODE OF PRACTICE (ACOP)
A partial reversla of its plan to abandon the Approved Code of Practice has been planned by the HSE when it implements the CDM Regulations 2015, following a consultation which took place on 13th August. It is now intended to publish a slimline version to accompany the new regulations at a later date.
It had been planned to remove that ACOP in favour of industry-written guidelines. This plan was within the consultation documents published on April 1st but a HSE board paper addressing the outcomes of that consultation makes it clear that the proposal is now to issue a short "signposting" version. 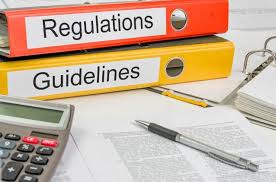 STRUCTURAL SIMPLICATION OF THE REGULATIONS
Aimed at small to medium projects that use SME companies, the HSE proposes to simplify the structure of the regulations with the aim of making them clearer and easier to understand.

RAISING THE THRESHOLD FOR NOTIFICATION OF PROJECTS
The notification of projects will now be required for those involving more than 30 working days and more than 20 workers simultaneously. This will not be the trigger for the appointment of a Principal Contractor or Principal Designer which has been the case to date. The initiation of this will instead be a project where there is more than one contractor.

MANAGING THE TRANSITION
From the revised Regulations taking affect, the HSE will allow a crossover period of six months for projects under contruction. For a substantial majority of projects it will subsequently be possible to continue with a CDM Co-Ordinator until their co-ordination function is no longer required, subject to a six month limit. This will significantly reduce transitional costs for these projects.